A cookie is information stored on your computer by a website you visit. Cookies often store your settings for a website, such as your preferred language or location. This allows the site to present you with information customized to fit your needs. As per the GDPR law, companies need to get your explicit approval to collect your data. Some of these cookies are ‘strictly necessary’ to provide the basic functions of the website and can not be turned off, while others if present, have the option of being turned off. Learn more about our Privacy and Cookie policies. These can be managed also from our cookie policy page.

IE10 and below are not supported.

CLOSED: This discussion has concluded.

As a Bozeman resident impacted by the upcoming Fowler Avenue Connection Project, I am grateful for the opportunity to share my thoughts regarding the project’s potential impacts. I hope that the city and design team at Sanderson Stewart will use the perspectives of the neighborhoods surrounding the project to balance the needs of a growing community with the safety and security of local residents.

My family and I moved to the Bozeman area from eastern Montana in 1990, and of course the Bozeman of today would have been unrecognizable to us then. We purchased a home in Bozeman in 2014 on Durston Road just west of Fowler Avenue. The traffic noise was ever-present but tolerable, and the lower cost of a home on a busy street made the purchase possible for us.

We began to re-evaluate this trade-off in 2016 with the completion of Hansen Street. During one night in mid-May of 2016, an intoxicated driver from Hansen Street crossed Durston and drove into our back yard, stopping just feet from the bedroom where my husband and I were sleeping. 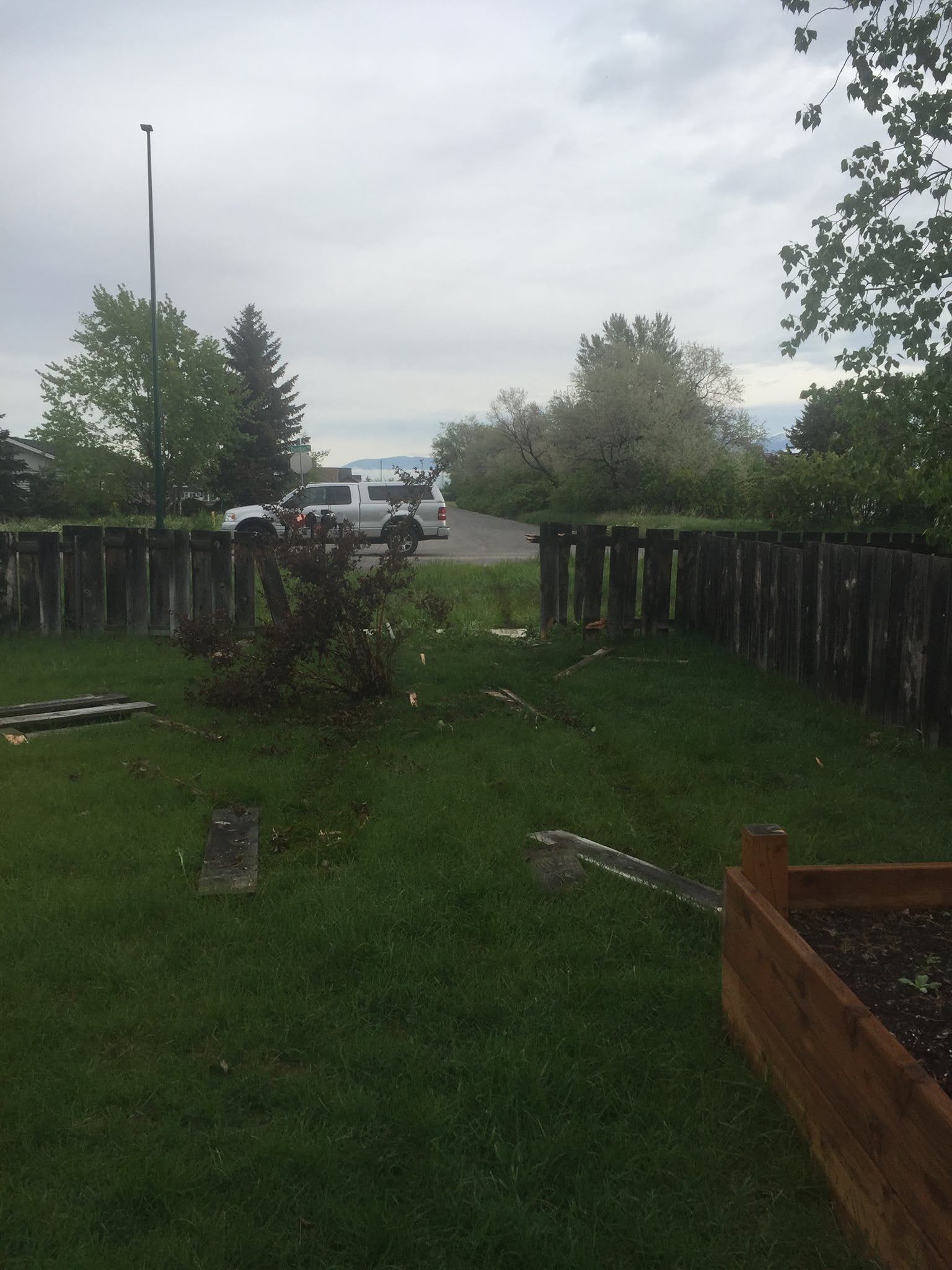 The restitution paid by the driver did not fully cover the cost of replacing the existing fence, and one of the police officers who responded to the accident suggested that we install landscaping boulders along our interior fence line for our own safety. This incident brings the danger of mixing high-speed traffic and residential neighborhoods into stark relief. We are so grateful that this incident did not occur when we were enjoying our backyard fire pit, which would have been situated in the path of the vehicle. 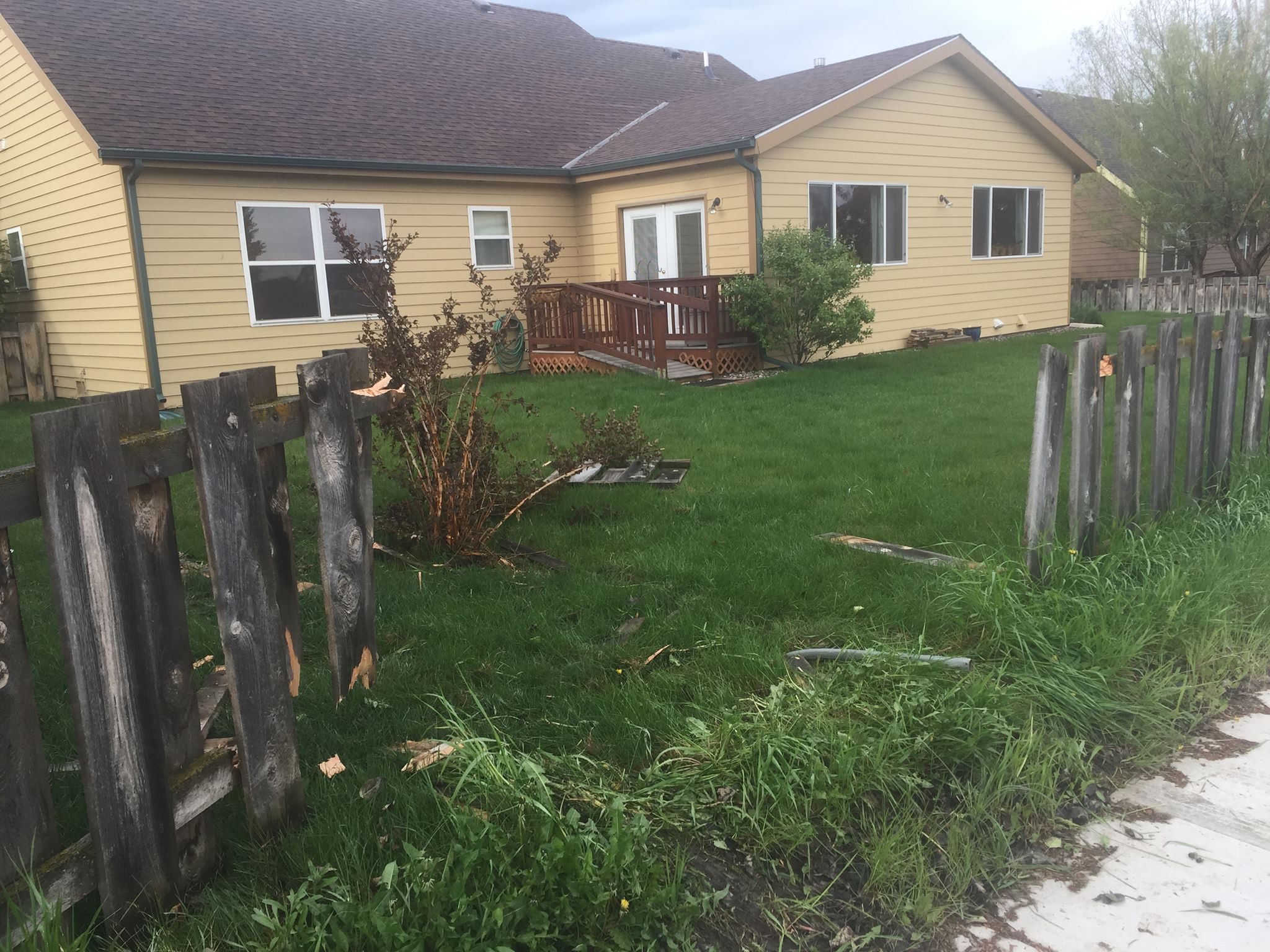 The next impact came when the Durston expansion project began. Not only did cracks begin to appear in the walls of the room adjacent to the project as compactors and other heavy machinery operated just feet from our fence line for months, but the traffic noise from Durston increased noticeably and immediately with only the addition of one turn lane. As someone who worked from home before, during, and after the project’s completion, the change has been marked. Not only is there increased noise from traffic, but the lack of enforcement of the city’s noise ordinance has made music loud enough to shake furniture inside our home a persistent, daily annoyance. Loud or intoxicated pedestrians are a regular occurrence, along with traffic stops and police activity right outside our back door.

As Bozeman grows, residents must expect change. This change, when planned responsibly and reasonably, will make Bozeman a safe and enjoyable community for all. While we realize that the foundation for this project was laid many years ago, residential neighborhoods were allowed to be developed all along the corridor of the planned expansion anyway, often in extremely close proximity.

I expect that the impact of another major thoroughfare so near to surrounding residential neighborhoods will have real and lasting impacts on our safety and quality of life in several ways.

1) Backyards and pedestrians will be less safe.

A multi-lane road with a higher speed limit will naturally endanger pedestrians, school children, and nearby residents. Proximity to traffic without proper protection for pedestrians and without a sufficient traffic barrier or buffer for nearby private property is a disaster waiting to happen. It is vital that our neighbors’ safety is considered, both when they are walking and biking and when enjoying a backyard barbecue. If the project must move forward, two lanes of traffic with a single-lane roundabout, a 25 mile-per-hour speed limit which is routinely enforced, separated walking or biking paths, and a reasonable barrier or buffer zone for residences bordering the street seem like vital safety measures.

As both car and foot traffic increase along major roadways, problems with noise, crime, and driving under the influence naturally follow. The city must be committed to enforcing the laws already in place to ensure the safety and serenity of citizens along the expansion corridor.

Why don’t people who don’t like increased traffic move somewhere else? Complicated problems are just that – complicated problems. The homes near mine are older, and many are owned or rented by working class people without the means to relocate to a quieter, safer neighborhood. While I consider owning a home of any kind in Bozeman a blessing and a privilege, it is those with fewer choices who are often impacted the most by projects that make their property less desirable. Those who don’t wish to live near two major traffic thoroughfares and can afford to move will do so, but there are many people in my neighborhood who will simply never have that option available to them.

The vast majority of people in my neighborhood are opposed outright to this project. If it must move forward and the impact of Bozeman’s growth must be absorbed by Bozeman’s long-established residential neighborhoods rather than the new developments driving the need for road expansion, I ask that Sanderson Stewart and the City of Bozeman do their best to ensure that every possible data-driven safety measure, noise reduction measure, and green space preservation measure is put into place and enforced.

Please do your best to ensure that the Fowler corridor is a place where you would feel comfortable living and working, walking, biking, and enjoying a backyard barbecue with your family.

My sincere thanks for your time.

Thank you for your contribution!

Help us reach out to more people in the community

No thanks
Previous Story

Please consider not connecting Cascade St to Fowler. Cascade St is a small neighborhood street. I...
Next story

Have you heard this song?https://www.youtube.com/watch?v=aOfkFp0VUN0It was written by local artis...